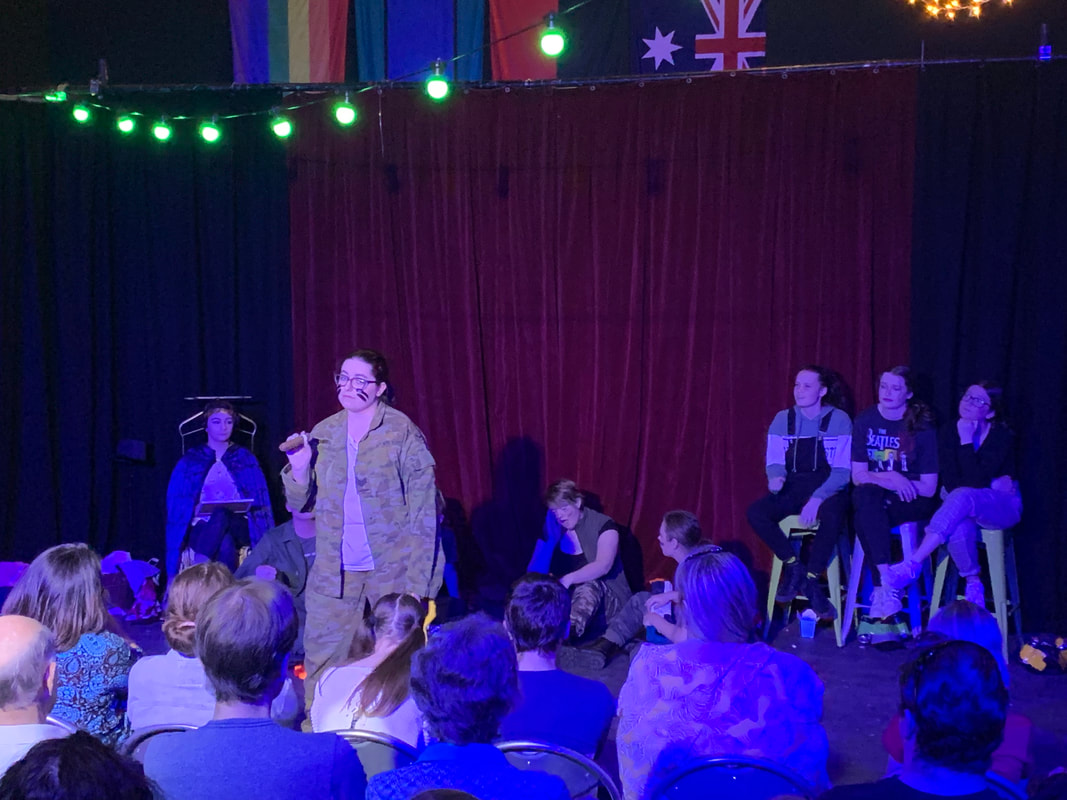 A Few Moments from our August production 'Bureaucracy's Child'

Our next performance is on June 30th at Wyong High School where both our junior drama classes and the XPG class will be entertaining our family and friends in a show called "INANIMANIA".

We encourage students to appreciate the lifeskills gained from going to auditions, whether they win the role or no.
2016
END OF YEAR PERFORMANCE 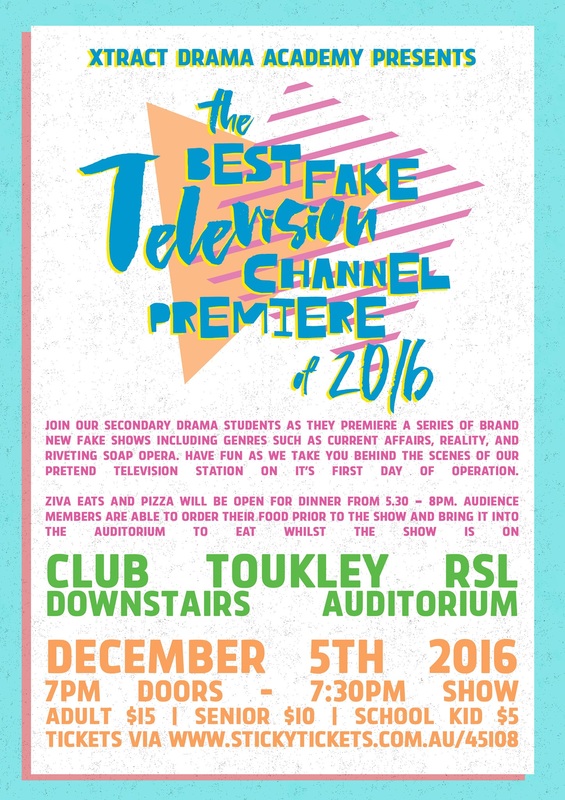 JUNIOR CLASSES - LOWER AND UPPER DRAMA
Since 2015 all junior class term four performances have been community service focused. As December is a busy time for everyone, and encompasses the season of giving, we attempt to embrace the spirit of peace, family, community connection, and giving through our performances. Last year we attended local nursing homes. This year we will be entertaining children at some local after hours care facilities and our San Remo class will be providing the entertainment at the San Remo Neighbourhood Centre Christmas Party. The kids are well into rehearsing and are excited to be sharing their love of drama with the community.

SENIOR CLASSES - SECONDARY DRAMA
'The Best Fake Television Channel Premiere of 2016'
Join our secondary drama students on December 5th as they premiere a series of brand new fake show including genres such as current affairs, reality, and riveting soap opera. Have fun as we take you behind the scenes of our pretend television station on it's first day of operation.
For details and to purchase tickets go to  https://www.stickytickets.com.au/45108

Watch our Lower and Upper Drama students have fun onstage and display the performance techniques they have learnt during semester one.

Our Secondary Drama students and Musical Theatre Students will be performing short one act plays and individual musical numbers to entertain and provoke.


Gosford Show
Come along to the Gosford Show April 30th and see some of our Senior Students entertain the crowds.

Term Four
Junior XtrActors and Musical Theatre Students - Performing for Community Groups around the Wyong Shire as our Christmas gift.
Senior XtrActors - ​​​A Gala night of entertainment at Toukley RSL. Be entertained in an interactive theatrical experience celebrating a year of achievements and 10 YEARS OF XTRACT DRAMA ACADEMY.

Watch this space for more performance opportunities and details for existing performances.​
﻿2015

Both shows take place at Wyong High School Hall (entrance via Jennings St).
More information about our next performance for XtrAct parents and students .

Our first major performance this year will be on August 2nd at Wyong High School. Kick off time will be 1pm sharp.

As with the Wyong Theatre Fest (postponed until 2015 due to the demolition of Wyong Memorial Hall) we will have adjudicators and awards. Any small businesses wishing to sponsor one of our awards are asked to ﻿email Danielle﻿.
2013

JuMP Night
The first is fondly known as JuMP Night (Junior Mini Performances). JuMP Night kicks of the Wyong TheatreFest and generally occurs in late June each year. On JuMP Night students are treated to feedback from the festival adjudicator and get a taste of the festival atmosphere.

Christmas Concert
During early December each year we have our end of year performance day. Performances tend to swim around the theme of Christmas and pantomime at this concert and the onus is on celebrating a year of skill building. All of which culminates in a visit from Old Saint Nic. Check out information for 2013 Concert here.